Michael is originally from Britain. Before meeting Devanshe and moving to India, Michael had been teaching in various countries. Besides the UK, he has lived and worked in Spain, Italy, North Africa, the Middle East and Japan since 1985.

Devanshe is from Rukhla. Went to a boarding school in Simla & finished her post graduation degree in Chandigarh and trained as a teacher. She taught English (Literature & Language) and Social Sciences in private schools from 1994 to 2006 and then in 2007 moved to Japan where she continued her teaching career.

We met in Japan in 2009 (as a result of apples), married the following year and continued to work in Japan while visiting our families in UK, India and Italy during our holidays from work.

Both of us saw that the orchard and the farm house was in a bad state of disrepair and neglect. Devanshe's parents had lost all interest and hope when they lost their son in a tragic accident; one daughter was (still is) in the US and the other was in Japan.
That's when we decided to do something to save the property.
Renovation to the farm started in 2012 and continued in stages during our visits to India. Finally in 2016, we left Japan and moved to India.
​
Both are learning how to be Himalayan farmers, cheese-makers, cider and wine producers, and Michael does his best at bodging generally. We both share a love for nature, hand crafted artifacts, theatre, poetry and music. Devanshe tinkles on the piano and Michael is fairly proficient at three or four guitar chords.

Love is not looking at each other. It is looking together in the same direction. 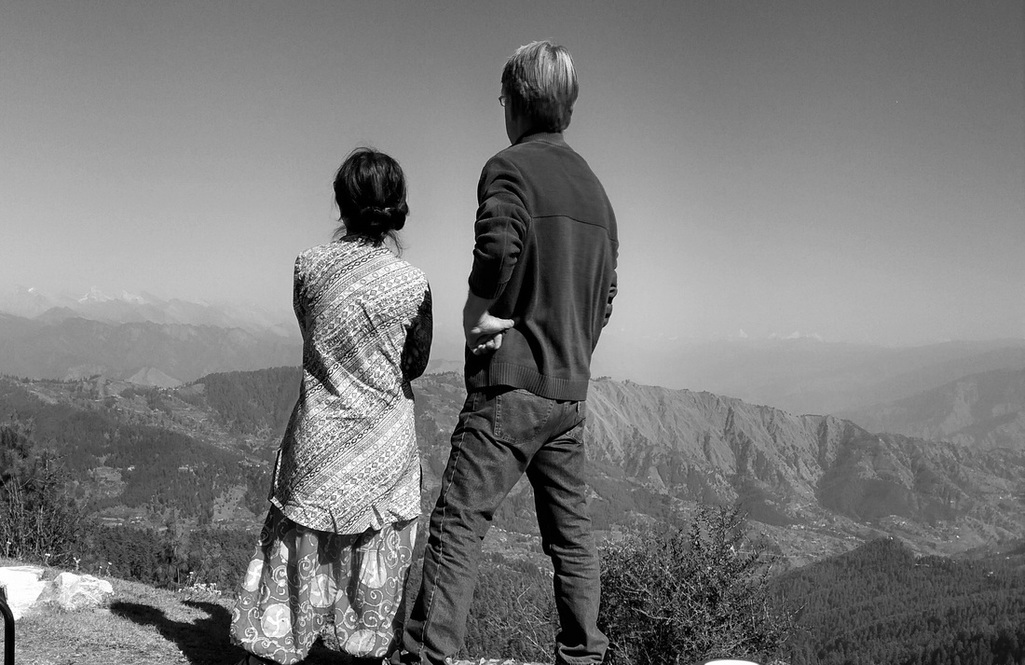